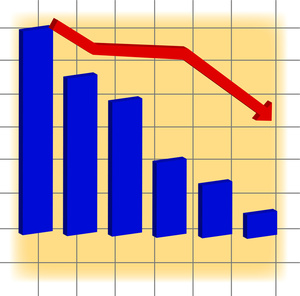 An estimated 4.1 million homeowners were in active COVID-19 forbearance plans as of July 21, according to new data from Black Knight Inc. This represents 7.8% of all active mortgages.

New forbearance plans averaged 78,000 per week during the first three weeks of July, Black Knight noted, a decline from the 81,300 weekly average one month earlier. Active forbearances dropped by 435,000 during the first week of July, followed by an aggregate 25,000 over the next two weeks.

As of July 21, 1.6 million households—or, 28% of homeowners—had exited a COVID-19-related forbearance plan. Of that group, Black Knight found that 3% paid off their mortgage, 21% had their forbearance removed or expired and remained current on mortgage payments and 4% had their plan removed or expired but remained past due on their mortgage. Of the remaining loans still on active forbearance plans, 2.6 million have had the term of their plan extended, while 1.5 million are still in their initial term.

“As of mid-July, it required 19.8% of the median monthly income to make the mortgage payment on the average-priced home purchase, assuming a 20% down payment and a 30-year mortgage,” said Black Knight Data & Analytics President Ben Graboske. “That was more than 5% below the average of 25% from 1995-2003. This means it currently requires a $1,071 monthly payment to purchase the average-priced home, which is down 6% from the same time last year, despite the average home increasing in value by more than $12,000 during that same time period.”

Graboske added that while “record levels of job losses are certainly still weighing on the housing market and broader economy, for those shopping for a home now, buying power has clearly trended up.”

In six states—Arkansas, Iowa, Kentucky, Louisiana, Maryland, and West Virginia—payment-to-income ratios are at their lowest levels in more than a quarter-century. Black Knight also noted that the nation’s 25 largest markets are seeing their strongest affordability in more than two years, while some markets areas are enjoying their strongest affordability levels in well over a decade.

Homebuyers are not the only ones profiting from this environment. Black Knight determined that the historically low 30-year-rates incentivized a record 18.1 million homeowners to refinance last month.