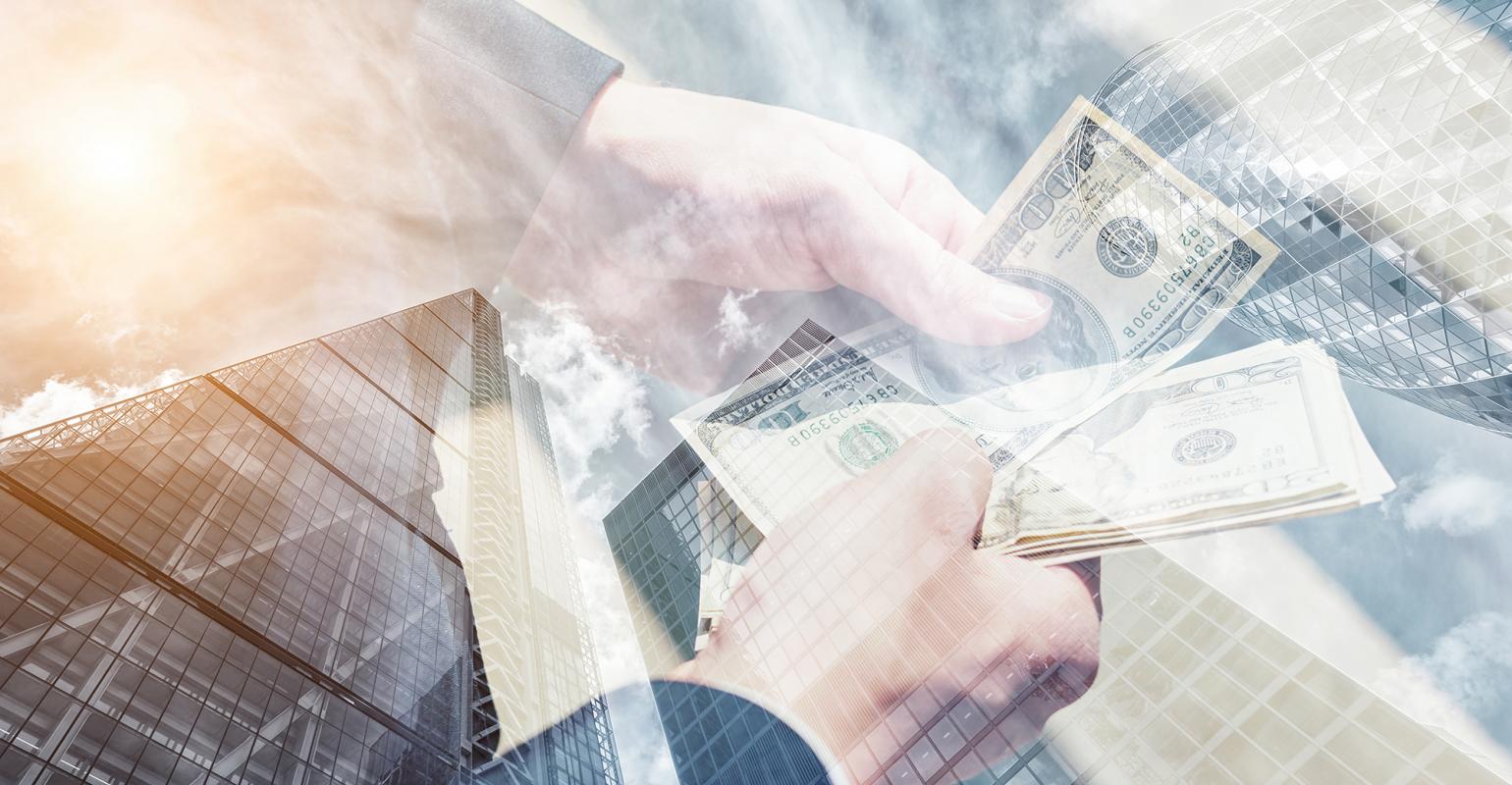 As if lenders didn’t have enough to deal with these days with the deluge of borrower requests for forbearance and payment relief, they continue to face a ticking clock on the transition away from LIBOR to a new benchmark rate for floating rate debt.

Although the official phase out date for LIBOR is the end of 2021, those who believe they have plenty of time to put preparedness plans in place need to think again. In February, the Federal Housing Finance Agency (FHFA) announced its own transition plan, which among other things, said that Fannie Mae and Freddie Mac would no longer buy single-family and multifamily adjustable rate mortgages priced off of LIBOR after December 31, 2020. And despite the pandemic, the FHFA has given no indication that it plans to push that deadline back.

“The Fannie/Freddie transition date at the end of this year is a key catalyst that will really start to move the market,” says John Oliver, a partner and U.S. LIBOR Transition Leader at PwC. Fannie and Freddie hold about half of all multifamily loans in the country, and banks are not likely to stop selling loans to the agencies. In the U.S., it appears that the Secured Overnight Financing Rate (SOFR) has the lead on being officially named as the new replacement benchmark. That may create a dichotomy of LIBOR and SOFR loans across multifamily and commercial lending platforms to start, which will create inefficiencies in processes and systems. “You’re going to want to get your entire portfolio on one index. So, I think that will push a sprint to get everything converted,” he says.

Potentially, there are thousands, even millions of real estate contracts that will need to be renegotiated along with debt agreements with companies across the country, notes Oliver. “That will create a tremendous drain on resources,” he says. According to research from financial solutions firm Finastra, LIBOR is embedded in some $350 trillion of financial products worldwide and the transition could cost the global financial markets more than $8 billion.

An analysis of the LIBOR transition published by Moody’s Investors Service said that global financial markets have made “significant progress” in establishing alternative reference rates (ARRs) and have taken steps to use these ARRs in place of LIBOR in new contracts. However, there are still significant obstacles ahead, chiefly as it relates to establishing market standards and sufficient liquidity needed to spur greater ARR adoption. Although SOFR is the likely replacement in the U.S., it is not a global standard as was the case with LIBOR. Other examples of ARRs being adopted in other countries include the Sterling Overnight Interbank Average Rate (SONIA) in the U.K. and the Swiss Average Rate Overnight (SARON). 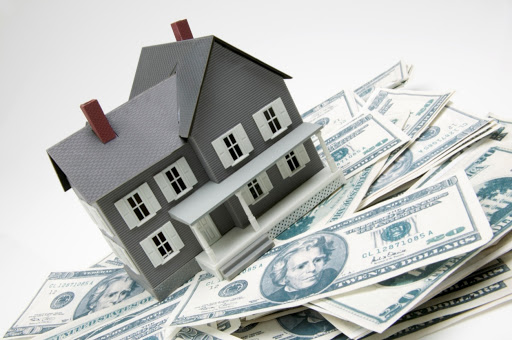 Stumbling blocks ahead for SOFR

The transition away from LIBOR in the wake of the price fixing scandal comes as no surprise. It was first announced in 2017. However, laying the groundwork for a viable replacement has been a process in itself. SOFR is still in the early days of establishing a performance history and that path has not been entirely smooth. The challenge is that SOFR acts differently than LIBOR, meaning it isn’t as simple as swapping out LIBOR and inserting SOFR. Because of that, every contract will have to be amended to SOFR plus a spread. The sticking point is that spread is going to have to be renegotiated individually.

LIBOR is a rate that was set based on the largest banks in the world quoting every night what borrowing rate they would be willing to accept from another one of those banks. Implicit in that is credit risk. LIBOR typically moves up in a bad economy and down in a good economy. SOFR is a secured borrowing rate backed by the U.S. Fed. While is no credit risk, the rate does fluctuate with U.S. monetary policy, notes Oliver. In the case of COVID, for example, LIBOR went up when liquidity dried up, while SOFR actually went down when the Fed cut the federal funds borrowing rate.

Effectively, lenders and borrowers have to come to agreement on what that spread should be on existing and new loan docs. The challenge is that SOFR is so new that people are still watching to see how it performs in the market. From an offering standpoint, there really haven’t been many loans converted from LIBOR to SOFR. So for borrowers, it is difficult to determine what a “fair” market spread is going to be, notes Oliver. That’s why it is important for borrowers to go out now and get four or five bids from lenders versus waiting until they end and only getting maybe one bid, he adds.

Aside from all of the floating rate commercial real estate debt that is impacted, corporations are going to have to be out renegotiating terms on their corporate debt. “All of these people are going to be going to the banks at the same time, and while the banks are setting up to absorb it, the volume is going to be tremendous,” says Oliver. So even though LIBOR is being phased out at the end of 2021, the reality is that borrowers will need to get in line with lenders early, he says. “My advice is to get in the queue now and have a discussion with your lender, because at the end, it is going to be a mad dash, and frankly, people are going to end up losing money because they may have to settle for a spread that they normally wouldn’t have, simply because they have to get a deal done,” he adds.

One of the things that has to happen in addition to a lender simply updating language in their loan docs is that they need to be able to capture that information on their systems. Loan servicing companies and other vendors are developing solutions to assist with the transition to a new benchmark rate. For example, Finastra launched a LIBOR Transition Calculator in June that enables banks to calculate ARRs or Risk-Free Rates (RFRs) and interest accruals.

“I think the industry is focused on preparedness, which is a positive sign at this stage,” says Andrew Foster, director of commercial real estate finance for MBA. In 2019 and the first half of 2020, there have been a number of important developments. At the end of May, for example, the FHFA announced new LIBOR Transition Playbook and FAQ for the GSEs. The Alternative Reference Rates Committee also published best practices for completing the transition away from LIBOR. “All of these developments are encouraging steps in the right direction,” says Foster. Trade associations, such as MBA and the CRE Finance Council also are providing another layer of support to promote a smooth transition.

“If you look at the FHFA, Fannie Mae, Freddie Mac and the Federal Home Loan Bank System broadly, these institutions have approached the transition proactively and with a lot of thoughtfulness,” says Foster. That is evident in the deadlines they have announced related to the transition that address new loan originations with the goal that once that is clarified and set up, then they will be able to address the transition of legacy loans from LIBOR to SOFR, he adds.

In addition, agencies have had some SOFR issuance – at the corporate level and more recently Freddie Mac’s K-series transaction where a bond class referenced SOFR. Each of those cases is helping to pave the way for a smoother transition. In part, they prove that the replacement rate works and can be done in capital markets, says Foster. “The deadlines they have recently announced and the actions that are going to be taken by lenders in 2020 should help to support the need for SOFR loans to begin being made on commercial real estate broadly across other capital sources,” he says.

Yet preparing for a smooth transition in the midst of a pandemic provides another layer of complexity in what for many was already a sizable task. Lenders are busy focusing on the status of their loan portfolios and working through forbearance requests. “Not a lot has changed in the last six months, unfortunately,” says Shlomi Ronen, founder and managing principal of Los Angeles-based Dekel Capital Inc.

Dekel Capital is currently originating loans that are longer than 18 months, which means that those new loans will be impacted by a change in the benchmark index during the loan term. “We’re focusing on the language, which I think is what everyone is doing,” says Ronen. However, generally, that new language references an “alternative index” rather than SOFR specifically. People are kicking the can down the road as they wait for the SOFR market to be more robust and more accessible, he adds. Building on SOFR’s performance history could help spark needed momentum. “I would hope the transition starts later this year, and we see language related to SOFR start to be implemented more in 2021,” he adds.