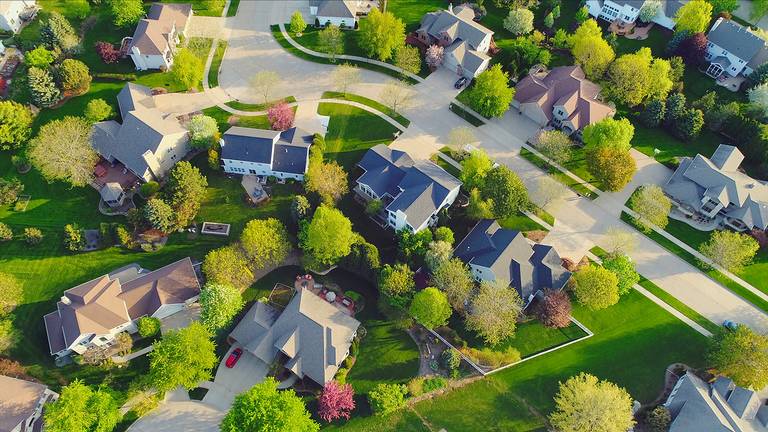 For local residential real estate agents like Jack Gustafson, the Covid-19 pandemic couldn’t have hit at a worse time.

March, April, May and June are his “make-or-break months” of the year, a time when activity in the housing market has historically bustled. But the novel coronavirus outbreak, which spread into the Charlotte region in mid-March and quickly led to local and statewide orders that shut down many facets of the economy, changed all of that.

Business for Gustafson, an associate with Re/Max Executive, is off 30% to 40% this spring of what he expected. The silver lining? He’s still selling homes.

“I’ve sold almost everything I’ve put on the market. What I’m finding right now is that the market is actually really good. Houses are moving quickly right now because inventory is very low and the buyers that are out there looking are very motivated,” said Gustafson, who, with 35 years of real estate experience, primarily sells homes in the south Charlotte area. Listings account for about 75% of Gustafson’s business. 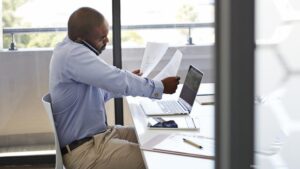 While a normal April would have generated five or six closings for Gustafson, three of his listings turned into sales last month. Two of those went under contract before Mecklenburg County’s stay-at-home order, which restricted real estate brokerage services, went into effect March 26. The county’s order expired in late April and Mecklenburg is now following the state’s guidelines that deem real estate brokerage an essential business. One deal he put together right before the pandemic hit fell through after the buyers decided to pull out due to the circumstances surrounding Covid-19.

Gustafson has since sold two more homes in May, and another near Cotswold went under contract earlier this month — a day or two after being listed.

One of his most recent sales that closed May 7 gave him a positive outlook that demand for local housing remains. After debating on when to list the 1,747-square-foot home in Beverly Woods, Gustafson put it on the market on April 10. By 2 p.m. that day, he had nine showings and two offers. The renovated three-bedroom, two-bathroom house sold for $505,000 — $10,000 over its asking price of $495,000.

“This is really bizarre to have this slower market but (where) things are moving quickly. That just seems counterintuitive of what you would have expected,” he said.

At first, spring felt like it came early for Jill Miller, an agent with Helen Adams Realty who has 16 years of local real estate experience. She stayed busy in January and February, but "discretionary shopping" stopped when Mecklenburg's stay-at-home order took effect, she said. Once the order expired April 29 and real estate brokerage activities could resume, so long as social distancing and other rules were followed, her phone started ringing nonstop.

"I’m probably down with things under contract right now 50% based on where spring was starting, but it’s kicking into gear again," Miller said. "I feel like everybody woke up on May 1."

She attributed the slowdown to a combination of factors, including parents having to help their children with schoolwork, resulting in less time for other tasks as well as a lack of relocation traffic and initial unknowns around how to conduct business.

"It may be a slower spring than we expected, but that doesn't mean the housing market is going to stop at all," said Miller, noting the dynamics already in play in Charlotte, such as quality of life and a diverse economy, haven't changed. 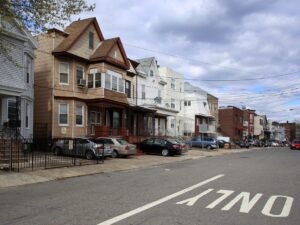 Allen Tate Realtors' Cynthia Pensiero-DeFazio saw several buyers and sellers opt to wait to see how the situation with Covid-19 unfolded. Activity, she said, started to pick back up during the first week of May.

"It definitely has impacted maybe the timeline that some people had in mind, but our prices are still very healthy here in the Charlotte market and I don’t see that changing. I think we're going to stay very stable with that."

Pensiero-DeFazio's team, which consists of herself, her sister-in-law and a full-time assistant, are scheduled to log six closings in May.

Pensiero-DeFazio said she is encouraged about buyer demand continuing in the local market, pointing to a property listed for sale during the second weekend in May. One of her clients had put in an offer on the Union County home, listed in the low $600,000s, but ended losing out. The home had 57 showings and 19 offers before going under contract two days later, she said.

"I think we're going to see probably this year more listings hitting in June, July (and) August than we’ve ever seen before," said Pensiero-DeFazio, who has 20 years of real estate experience in the local market. "I think that’s going to be the change we’re seeing with Covid-19 is that listings will start getting more in the summer months versus March, April and May in 2020."

It's not just the Covid-19 crisis local agents are having to navigate this spring. An issue that's plagued the Charlotte market well before the pandemic took hold — historically low inventory — continues.

Gustafson said he has a couple of buyers he's working with that just don't have much interest in what's on the market.

That low inventory continues to drive up prices. 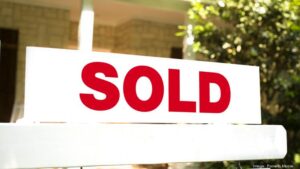 "The one thing that has been surprising to consumers when they’ve finally been able to go out shopping — there’s nothing to look at. In fact, our inventory has gone down, which applies pressure up on prices," said Maren Brisson-Kuester, COO of HM Properties and current president of the trade association, NC Realtors. "So, I think sellers can sit comfortably knowing that prices aren’t going to plummet and buyers probably shouldn't sit on the fence and wait for that to happen here because it’s probably not going to happen.

"But there's certainly less buyers out there for obvious reasons, when people are unemployed or furloughed they're not buying a house. It's not happening. But we still relocate a lot of corporate jobs here and those relocations are going to resume at some point."

Brisson-Kuester concedes certain factors will weigh on the market. Among those, she says, are the current unemployment numbers in addition to higher credit scores needed for buyers to qualify for a mortgage, coupled with the fact borrowers who received a forbearance will have that notation on their credit reports, which could make it more difficult for them to refinance or get another loan.

"Those will impact us, but I still do not think it's going to take us down to the Great Recession again ... right now this has nothing to do with the financial sector. In fact, we've done everything we can to build back up that financial sector and the government has as well and they're going to continue to."

Although the pandemic will have an effect on Charlotte's housing market, Miller said she believes Charlotte is better positioned than during the last recession. "This does not feel like ’08 and I'm really grateful for that," she said.

Gustafson said his initial concerns were that the current downturn would be similar to what occurred in the local housing market when the Great Recession hit. He compared buyer activity at that time to a faucet turning off, causing prices to steadily drop.

Now, he is somewhat worried about what happens next spring if the country is in a recession but people are ready to sell their home.

“Then are we going to see maybe a tilt towards a buyer’s market? Because at some point, we’re not going to have this shortage of inventory and when that happens and if we’re still in a recession, I would think we’d see some pullback in pricing — (but) nothing like we saw in the last recession.”

Gustafson said his current advice to his sellers is list now while the market is still in their favor. “We don’t know what it’s going to be in five months, but right now we know it’s good.”